An abundance of human clinical data reveals that vitamin K plays a critical role in maintaining healthy bone density by facilitating the transport of calcium from the bloodstream into the bone. Vitamin K is also required by calcium-regulating proteins in the arteries. Matrix Gla-protein (MGP) is a vitamin K-dependent protein, and it must be carboxylated to function properly. Poor vitamin K status leads to inactive uncarboxylated MGP (ucMGP), which accumulates at sites of arterial calcification. Since MGP is a potent local inhibitor of arterial calcification, MGP is important in relation to the health of the entire cardiovascular system. Without adequate vitamin K, calcium in the blood can bind to the arterial wall resulting in calcification. As people age, even a subclinical vitamin K deficiency can pose risks to the vascular system. Poor vitamin K status also results in increased circulating levels of undercarboxylated osteocalcin that is shown to be associated with increased bone loss in postmenopausal women.

Humans get most of their vitamin K from green vegetables in the form of vitamin K1. The problem is that K1 is tightly bound to plant fiber and only a small fraction absorbs into the bloodstream.

Vitamin K2 (menaquinones) is found in meat, eggs, and dairy products and is also made by bacteria in the human gut, which provides a certain amount of the human vitamin K requirement. Human studies show that vitamin K2 is up to ten times more bioavailable than K1. Vitamin K2 remains biologically active in the body far longer than K1. For instance, K1 is rapidly cleared by the liver within eight hours, whereas measurable levels of K2 (MK-7) have been detected 72 hours after ingestion.

The Rotterdam Heart Study, a large-scale, well-controlled clinical trial that tracked 4,800 participants for seven years, revealed that participants who ingested the greatest quantities of vitamin K2 in their diet experienced a better cardiovascular condition than people who ingested the least. High intakes of vitamin K2 also corresponded to less calcium deposition in the aorta, whereas participants who ingested less K2 were more likely to show moderate or severe calcification. Animal studies suggest vitamin K intake not only blocks the progress of further calcium accumulation, but also induces 37% regression of preformed arterial calcification.

In recent years, two forms of vitamin K2 have been extensively researched and the findings reveal vastly improved effects compared to K1. The MK-4 form of vitamin K2 is the most rapidly absorbed and is now routinely used in Japan to maintain healthy bone density. MK-4, however, only remains active in the blood for a few hours. The MK-7 form of K2, on the other hand, remains bioavailable to the human body over a sustained 24-hour period24 and to higher levels (seven- to eightfold) during prolonged intake. Both MK-4 and MK-7 have demonstrated remarkable health benefits when studied in human populations.

The Most Complete Vitamin K Formula

Vitamin K1 is the form found in plants and vegetables and should be part of most people’s daily supplement regimen. Even more important is inclusion of the MK-4 and MK-7 forms of vitamin K2.

Based on data substantiating the long-acting effects of MK-7, it is now possible to ingest fewer total micrograms of vitamin K but achieve far higher sustained blood levels of this critical nutrient.

The latest Super K with Advanced K2 Complex formula provides vitamin K1 and the MK-4 and MK-7 forms of vitamin K2 in just one daily softgel. The virtue of this formula is that it provides the precise amount of the long-acting MK-7 form of vitamin K2 that recent human studies have shown provides optimal K2 levels over a 24-hour period. The MK-4 is included to provide the rapid increase in vitamin K blood levels that may account for its beneficial effects in certain studies.

Read the entire label and follow the directions carefully prior to use.

Take one (1) softgel daily with food, or as recommended by a healthcare practitioner.

Caution: If you are taking anti-coagulant or anti-platelet medications, or have a bleeding disorder, consult with your healthcare provider before taking this product.

Read the entire label and follow the directions carefully prior to use.Take one (1) softgel daily with food, or as recommended by a healthcare practitioner. , Caution: If you are taking anticoagulant or antiplatelet medications, or have a bleeding disorder, consult with your healthcare provider before taking this product. Keep out of reach of children. Do not exceed recommended dose. Do not purchase if outer seal is broken or damaged. When using nutritional supplements, please consult with your physician if you are undergoing treatment for a medical condition of if you are pregnant or lactating.Store tightly closed in a cool, dry place. 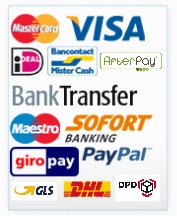